You are here: Home / Destinations / South America / Travel Mishaps–Are The Things That Go Wrong What We Remember the Most?

Hello blogosphere! I have missed you. I have been laid up for a week with the flu but am now crawling my way back. Since I have not been at my best, I thought it might be fun to write about another time I was not on top of my game. So, today we are going to talk about travel mishaps. And I don’t mean weather events, acts of God, or other factors out of our control. I’m referring to those instances when we need to look in the mirror and admit “mea culpa.” We are human, and humans make mistakes. I hope you will either laugh at or learn from mine and share your own! 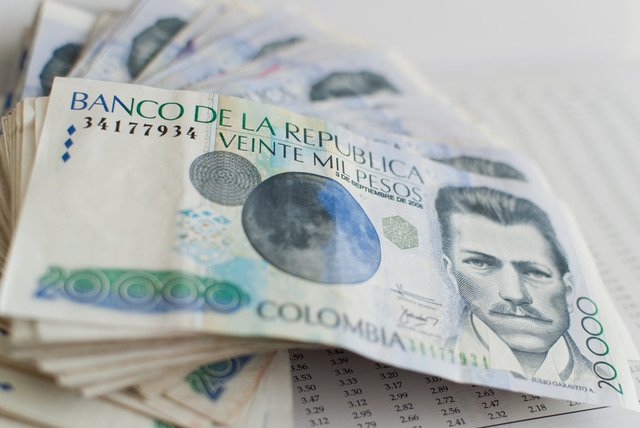 Is there anyone who has traveled and HASN’T had a travel mishap? A missed flight? A child who got sick on a plane? A reservation at a hotel that doesn’t exist?

While I’m not sure what my greatest travel mishap of all time would be, I can certainly share a recent example of being off my game and messing things up.

Two years ago I took my two sons to Cartagena for spring break. We have great memories of that trip and wrote about it here. However, what you did not read about in that article was the series of mistakes I made, all having to do with cash.

To set the stage, I was traveling alone with the boys. Three days before our trip, I had returned from an exhausting week-long work trip to Paraguay that involved over 24 hours of travel each way, 16-hour work days, and a coup, no less! I had 72 hours to recover at home before we hopped on the plane to Colombia. Needless to say, I was tired. And when I’m tired, I’m more likely to make mistakes.

When we arrived in sunny Cartagena, I withdrew a small amount of local currency from an ATM using my debit card. I thought it would be wiser to take out money in smallish increments, rather than walk around with a large amount of cash. Three days later, it was time to withdraw more money. That’s when my bank decided this was suspicious activity and froze the card (mistake #1: even though I had used my debit card with no issue, in at least 10 different countries, including four others in South America that year alone, I didn’t think to notify my bank that I would be in Colombia).

I had brought some U.S. dollars, but not enough cash to comfortably get through the week. The kicker was that the only way to reactivate the card was to call the bank from my home number, which I obviously couldn’t do. I texted my sister back home to ask her to call on my behalf. She found the request strange and set about trying to confirm that I had not been kidnapped (she has a vivid imagination) and was not calling her at gunpoint (Love you, Christine. Can we laugh about this yet?). Ultimately I managed to convince her that I was fine, and she called the bank, to no avail. I was not going to be able to withdraw any more cash on this trip.

From that point on, I used a credit card whenever possible and was very careful with my cash.

Skip ahead a few days, and we were relaxing on the beach in Bocagrande in front of the Hilton. We learned the hard way that the beach vendors are very aggressive in that spot. One scam there is for women to walk up to your beach chair and start massaging your feet. You may well tell them to stop, but the whole time you are protesting they continue. Then when you finally get them to stop, they tell you that you owe them money for your massage, and all the other vendors close in around you. In the end, the only way out of it was to part with some more of my diminishing supply of cash (mistake #2: in this area of the city, to avoid being harassed, I should have stayed on the hotel property where vendors are not permitted).

The following day, we took a lovely boat tour to the Rosario Islands and Playa Blanca. A bus picked us up bright and early in the morning and brought us to the city dock, where we boarded a small boat for a day of sun, sand, and snorkeling. I didn’t want to carry much cash, since we would be in the water all day, leaving our belongings unattended. Besides, in theory I didn’t need much since lunch was included in our tour.

There turned out to be more staff on the boat than I had anticipated, and at the end of the day there was heavy pressure to tip each one. So, I used all the cash I had on me to tip the guides, who were excellent. I figured it wouldn’t be a problem, because the transfer from the dock back to our hotel was included.

Naturally, after turning over my last peso, a staff member informed me that only people with green wrist bands got return transfers (as you’ve probably guessed, ours were not green). So, there I was at the dock several miles from our hotel in the sweltering afternoon heat with two completely exhausted kids and no cash. The credit card in my pocket was useless, since taxis in Cartagena don’t accept them. So, with no way to get back to the hotel, I ditched my rule-following tendencies and told the boys to cover their non-green wrist bands with their towels and to march straight onto the tour bus (mistake #3: not bringing enough cash for tips AND taxi; although I am giving myself a gold star for uncharacteristic bus-related chutzpah).

The next day, I was concerned that our pesos were running low, and we might not have enough local currency to pay for our taxi ride to the airport on Saturday, so I attempted to exchange some dollars for pesos. Unfortunately, it was Maundy Thursday (the Thursday before Easter), and most banks had already closed for Holy Week. After several stops, I ultimately found one currency exchange offering terrible rates that I had no choice but to accept (mistake #4: assuming banks would close on Good Friday, not earlier).

At the time, this string of issues with cash was extremely frustrating. However, my children were probably blissfully unaware that any of this happened. When we talk about our trip to Cartagena, they remember drinking limonada de coco, diving into the mud volcano, and calling dibs on the hammock. They remember ordering a hamburger with no other toppings but cheese and laughing hysterically when they instead received a hamburger bun with one slice of melted cheese in it and no burger.

So, despite everything that went wrong, we had a wonderful trip. Travel doesn’t have to be perfect to be great.

Time to fess up. What was your worst travel mistake? What did you just plain get wrong? Please share!

← Previous: A counter-intuitive way to add an additional city to your next trip at no extra cost
Next: → My Secret Strategy for Getting Kids to Love Museums

This website uses cookies to improve your experience while you navigate through the website. Out of these cookies, the cookies that are categorized as necessary are stored on your browser as they are essential for the working of basic functionalities of the website. We also use third-party cookies that help us analyze and understand how you use this website. These cookies will be stored in your browser only with your consent. You also have the option to opt-out of these cookies. But opting out of some of these cookies may have an effect on your browsing experience.
Necessary Always Enabled
Necessary cookies are absolutely essential for the website to function properly. This category only includes cookies that ensures basic functionalities and security features of the website. These cookies do not store any personal information.
Non-necessary
Any cookies that may not be particularly necessary for the website to function and is used specifically to collect user personal data via analytics, ads, other embedded contents are termed as non-necessary cookies. It is mandatory to procure user consent prior to running these cookies on your website.
SAVE & ACCEPT
0 shares